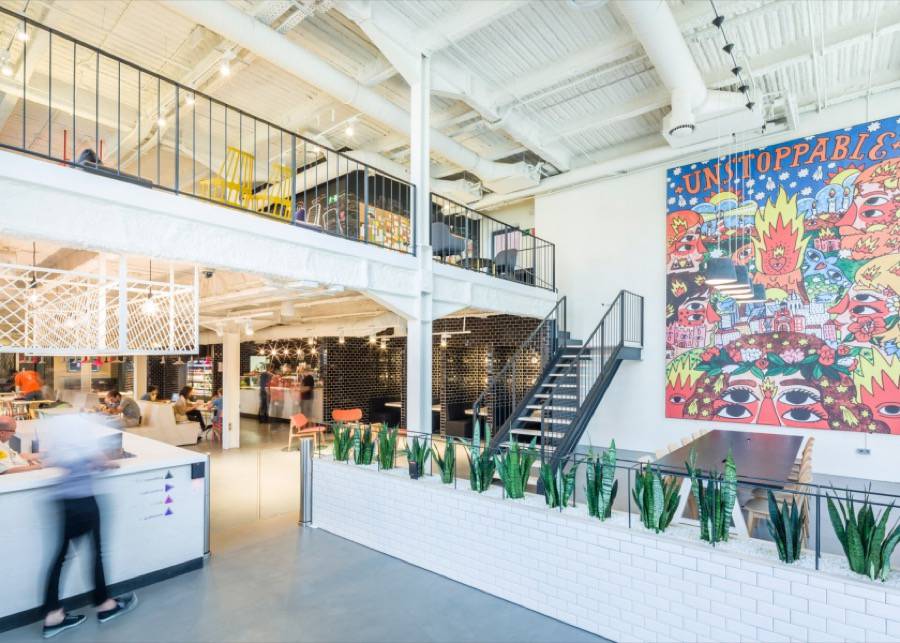 Following up on previous “Campus” successes (which all started in London) Google have launched a new addition in a gloriously converted battery factory in Madrid. For those unfamiliar with Campus, it is a shared workplace initiative aimed at promoting collaboration and idea generation amongst entrepreneurs and start-ups.

Their 6th Campus is located in a very industrial looking 19th century factory and has been designed by London-based architecture firm Jump Studios (who also designed the first Google Campus in London in 2012). In keeping with the building’s heritage, Jump opted to highlight the industrial aspect focussing on the large windows, red bricks and steel girders. 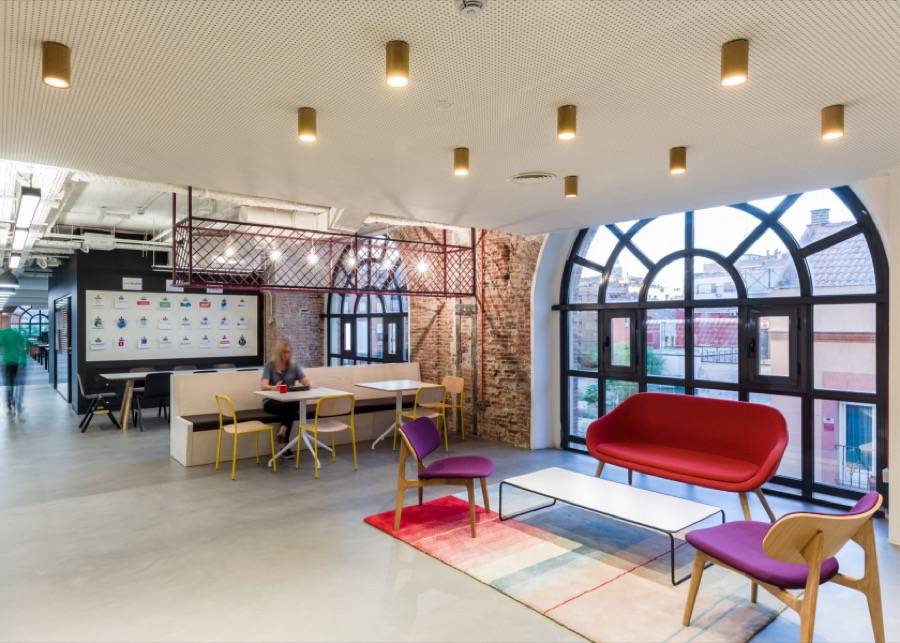 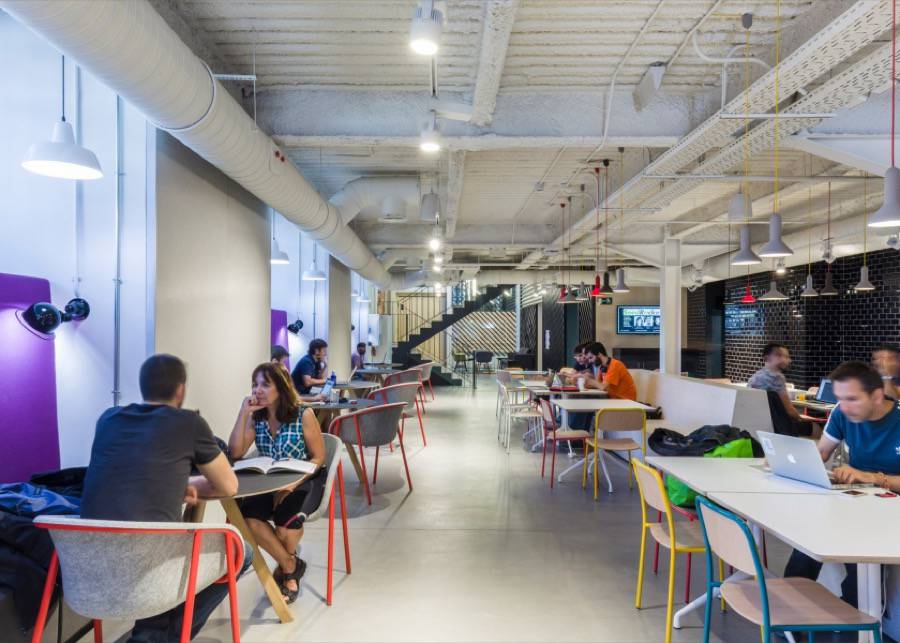 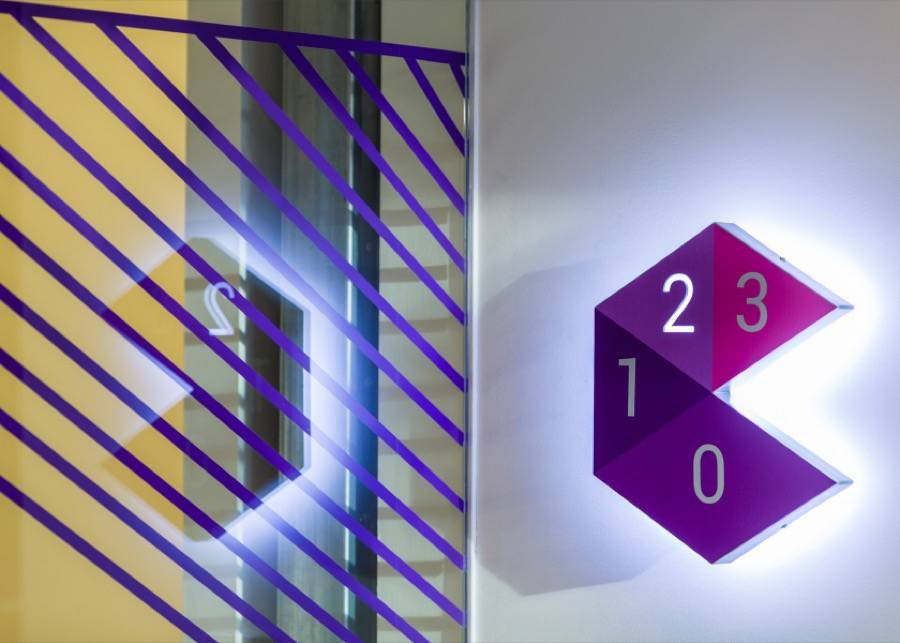 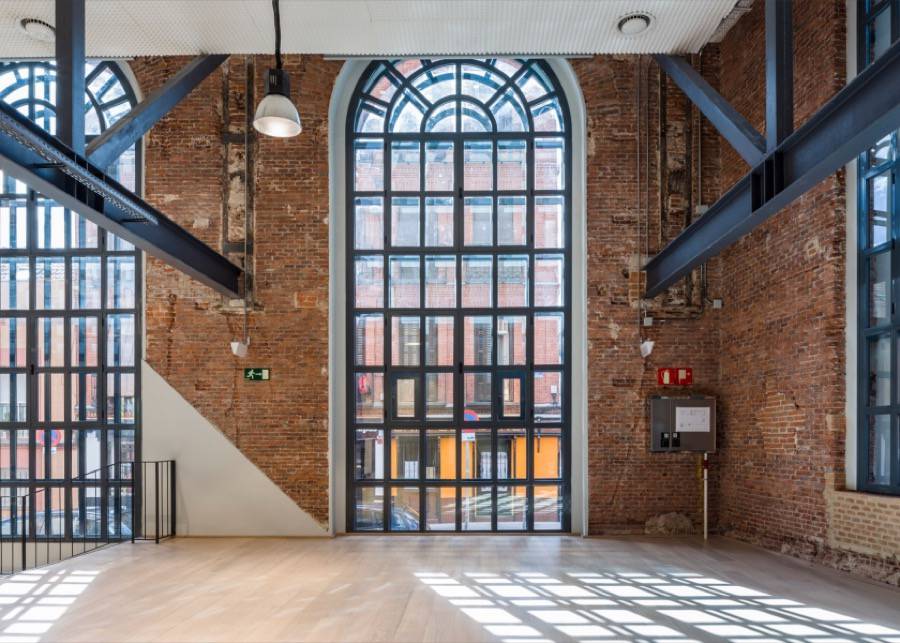 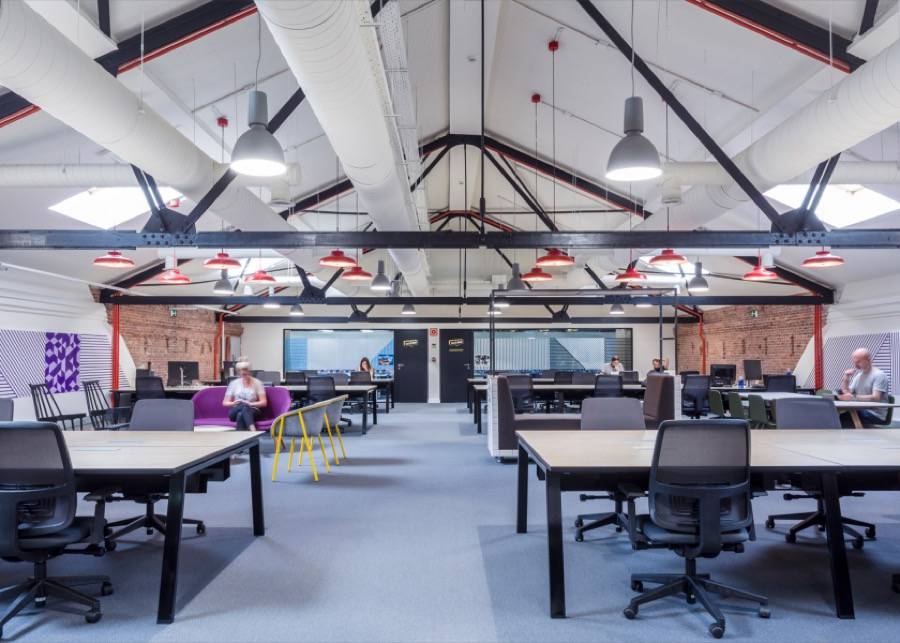 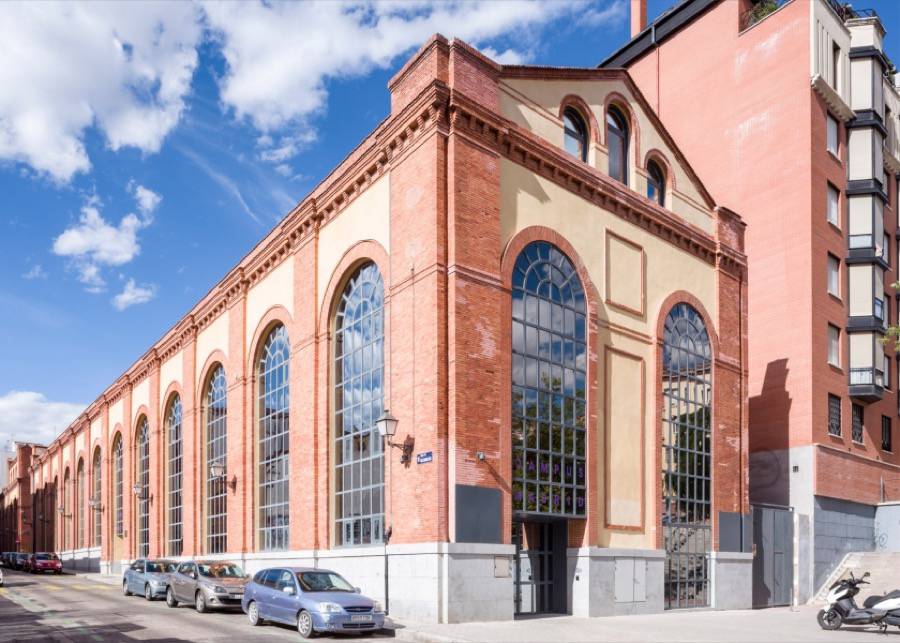 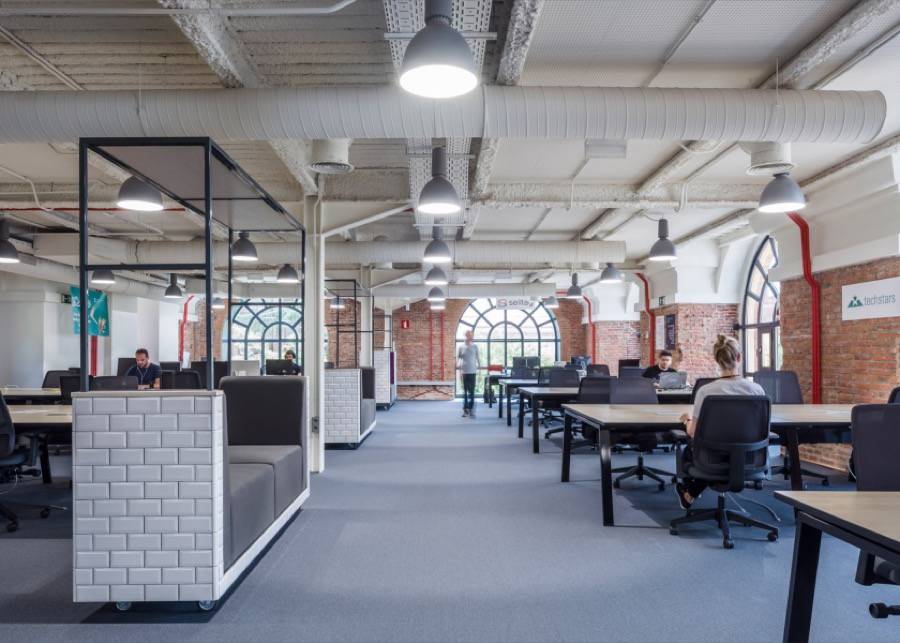 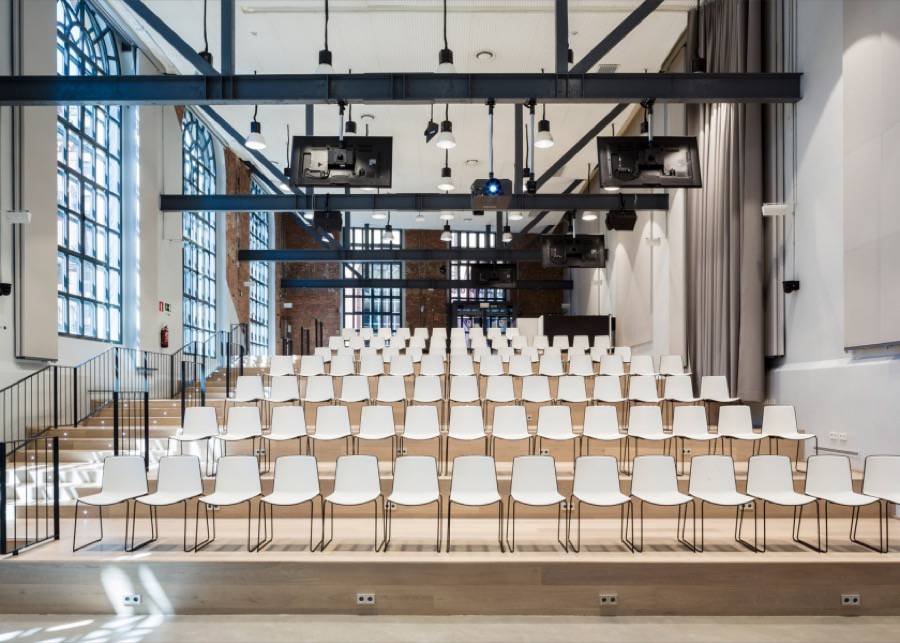 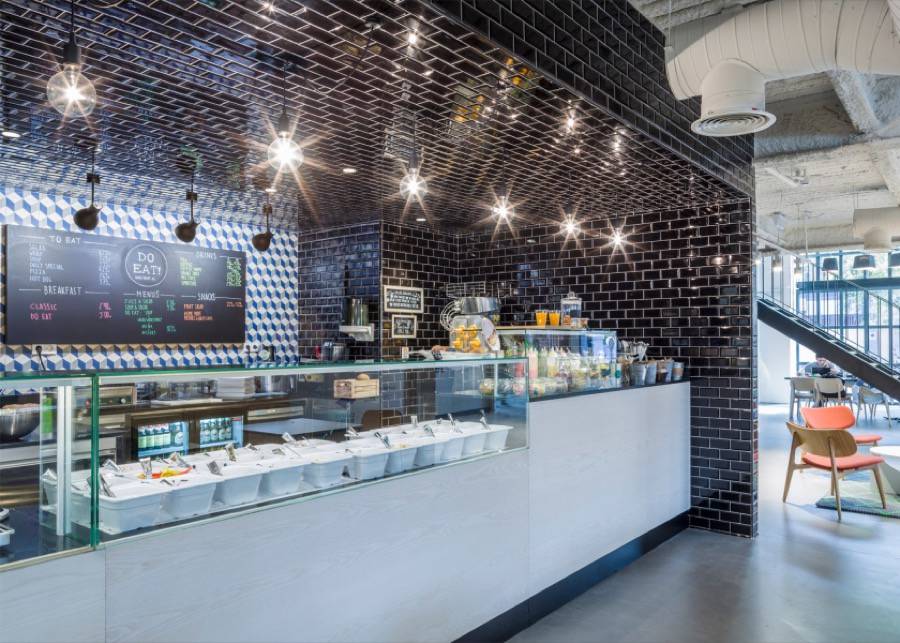 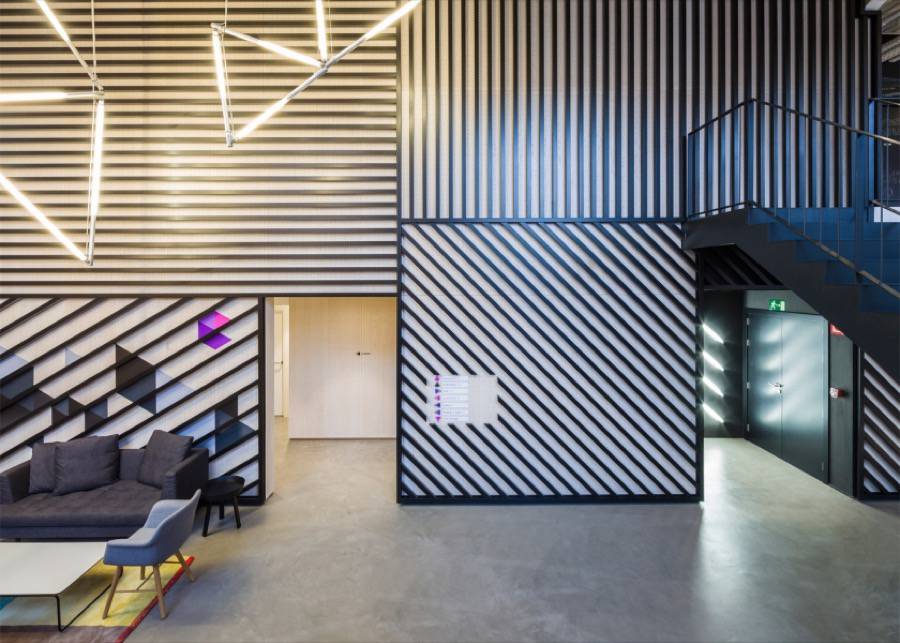 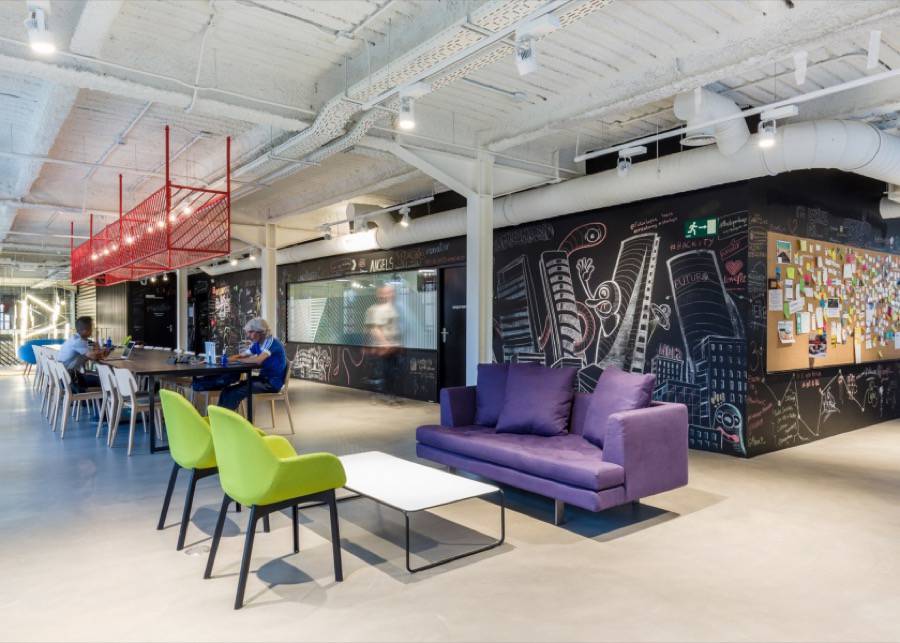