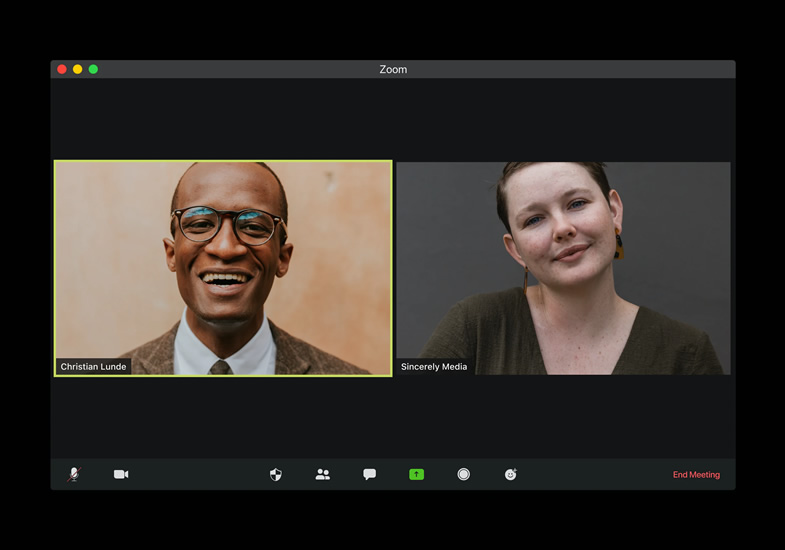 In this world of remote interviewing we’re now conducting job interviews from our own homes, things can often be more relaxed and informal (which is often a good thing), however don’t forget to adhere to anti-discrimination laws and keep things in check.

Certain questions can be viewed as discriminatory and could leave your business in hot water, so it’s critical that companies pay close attention to how they phrase their interview questions. To assist we’ve put together the following advice to help you play things by the book, here is a list covering some of the questions that aren’t permitted in an interview…

Employers have a legal obligation to check that candidates are eligible to work in the UK, but they have no right to ask questions about an applicant’s race, native language or their religion.

Many jobs will require the individual to speak the language fluently, but no job requires English to be their first language, so providing they can speak and write English to the required standard, and they can prove their right to work in the UK, they are perfectly within their rights to be considered for the role.

You must not make any decision on employing someone based on their nationality or where they come from, as long as they have the skills to do the job.

Questions about a person’s marital status, children or their future plans regarding starting a family are strictly off-limits in an interview – not only are they personal in nature and potentially discriminatory, but they could also be deemed to be a way of determining someone’s sexual orientation.

Since none of these factors have any bearing on someone’s ability to do the job, they shouldn’t be asked in an interview. A better way to phrase this question is to ask if the candidate has any current commitments which might affect their attendance or ability to do the job.

Some employers believe that issues surrounding the potential for an employee to be off with maternity leave can be a factor in making a decision about their employment. However, this is not legal – candidates should be considered on their merits and assumptions should not be made about their private life.

Asking someone their age may seem like an innocent question, but there are reasons why employers should avoid this question when interviewing applicants.

Apart from needing to sell age-restricted products, age shouldn’t affect anyone’s ability to do a job well so there’s no reason why an interviewer should need to know how old a candidate is. It’s just as frowned upon to ask subtler versions of this question, such as asking when they graduated or asking for a date of birth for record purposes.

Some candidates might include their date of birth on their CV, but this is not a requirement, and you must not ask it of other candidates.

Sickness, disabilities and a person’s health status are all topics that should be avoided in an interview – the only time it’s valid to ask such questions is to assess if someone is able to carry out the job safely or if adjustments need to be made for them, such as installing ramps or disabled toilet facilities.

But questions about health should be kept back until a position has been offered and only if they are related to the person’s ability to do the job well or safely. Instead, it can be beneficial to ask them if there are any requirements needed for them to perform the job efficiently.

There are many aspects of candidates’ personal lives that are considered to be lifestyle choices – and these cannot be considered a factor when you make a decision about employing someone.
For example, you must not ask questions about the levels of alcohol consumption or whether they smoke. Businesses are at liberty to have policies regarding activities such as recreational drug use, but this is not something that should be checked at interview stage.

If someone’s sentence has been spent, there’s no legal reasoning behind asking someone if they have any previous criminal convictions. Nor should it impact whether an employer should refuse a candidate, unless the role requires it specifically, such as someone working with children or in a financial role.

Any CRB checks should be undertaken before the interview stage, so employers should only need to ask if there are any reasons why someone wouldn’t be able to legally take on the role.
Once again, a candidate may choose to volunteer information to you, but this cannot be something that you ask in your interview.

Unless it is specifically pertinent to the role, an employer must not ask questions about a potential employee’s memberships and affiliations. For example, they should not question whether a candidate is a member of a trade union, a political party or an activist organisation such as PETA.

Unless these memberships have a direct bearing on the candidate’s ability to do the job, they shouldn’t be considered as relevant to the application.

2020 was the year of Zoom calls, remote meetings and video interviewing – and this looks certain to continue as we progress through 2021. As Bob Bannister, MD of iManage Performance says: “the real skill in conducting a video interview comes beforehand”. “Prepping the details of a video interview well in advance of the day is important, as is planning the questions you want to ask candidates. But while an interview is being conducted over a video call, all of the same legal rules and regulations apply”.

While this isn’t a definitive list of the questions employers should avoid in an interview, they are some of the most common that could pose problems. Other topics that need to be avoided include sexual orientation, race, their address and religion.

Whether face-to-face or a remote interview, employers need to be careful about the questions they ask – an applicant is only being interviewed for their ability to do the job, and nothing more. Anything that could lead to bias or discrimination is off-limits.