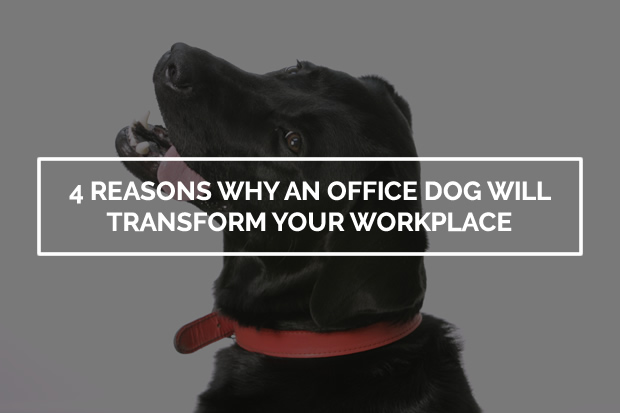 Pets can improve our lives and overall health so why wouldn’t we want them in the workplace… We caught up with Heather Baker, Founder / CEO of TopLine Comms and proud office dog owner.

I’ve owned and operated my business (TopLine Comms) for seven years, and while we haven’t always had an office dog, having Devon has certainly made a difference. Her presence has irrevocably changed the company, and (mostly) for the better. In fact, it’s entirely possible to separate TopLine’s chronology into Before Canine (BC), when it was afflicted by global financial meltdowns, had fewer clients than you could count on one paw, and generally stumbled into setback after setback like an SME version of the biblical Job; and After Devon (AD), the period from 2012-present where everything’s been more or less groovy – or at the very least, significantly groovier than it was.

I’m not saying the dog is the main reason for our success, but she’s definitely helped. In the year 3 AD, it’s hard to boil Devon’s contribution down to any one thing – so I’ve decided to boil it down to four. 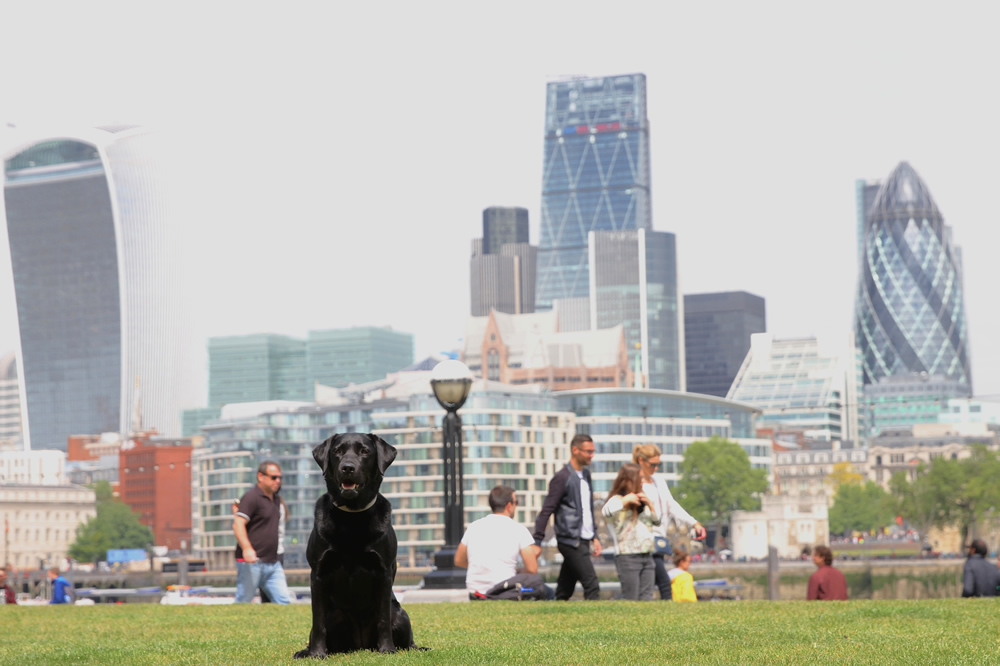 Having a dog encourages empathy.

While it’s ostensibly a people-centric business, comms can be a little insular and self-absorbed. The jargon is often overbearing; why say “let’s follow this person on Twitter” when “let’s imagineer an online friendship” will do? The job titles are ridiculously self-important: why be a marketing manager when you can be the “Innovation Sherpa”, the “SEO Jedi”, or the “Digital Ninja”? There’s more, but this is not a litany of everything wrong with the industry – and in any case these are mere symptoms of the bigger problem: that people working in communications often don’t understand how to properly communicate.

I have made every effort to avoid the aforementioned stuff at TopLine, and Devon has played a big role in helping its members of staff to connect with people in the right way. Even employees who aren’t dog people have eventually taken to Devon. When you learn to like things about a creature that makes you uncomfortable, it becomes much easier to see the good in people – and therefore much easier to talk to them.

Research has found that dogs assist the development of empathy in children. I don’t think of my employees as children – they are very often more capable and mature than that – but having a canine companion encourages them to develop their emotional intelligence on a daily basis. ‘EQ’ is vital to our continuing success; without it, we’d be out of business. Devon makes sure we keep it at the right level.

You learn who’s got a strong stomach…and who hasn’t.

When you have a dog in your office, the rules change. Most obviously, all chocolate must be kept at high altitudes, because they are at once ignorant enough to not know it will kill them and crafty enough to steal it right off your desk. Furthermore, you have to warn visitors about them in advance, because sometimes they will bound right up to clients and prospects – completely oblivious to their deathly fear of dogs.

Finally, they puke. Sometimes it just happens – animals get sick, just as people do.  At other times, it’s entirely avoidable: dogs are indulgent creatures, and apt to wolf down discarded roadside meat regardless of whether or not they’ve been fed several times already.

It’s tough to deal with, but when a dog does puke – and puke it will – you’ll find out what your team is made of. Some will rush to help with cleanup. These people deserve praise, promotions, and the most gilded of honours. Some will get nauseous; this is also a valid response, deeply unpleasant as the smell is. Some will simply ignore the situation and get on with things.

Other animals are either boring, lethal – or simply freak people out.

If you’ve decided to get an office pet, you may think you have a number of options. You don’t.

You get some fish, and no one will care; you may as well have a pet rock. Same goes for cage-based creatures like rats and hamsters (though you can at least hold them). You get a cat – and, having cats myself, I can attest to this – and still nobody will care, because cats are aloof jerks that care nothing for other living things; the most animated it will ever get is when it tries to eat the fish, the rat, or the hamster.

A full-sized pig is out of the question, so if you want to go that way, you’ll have to buy a micropig – but with them, you’re always running the risk that it’s secretly just a baby version of a full-sized porker. You can’t get an ocelot for your office (officelot?) because people will end up covered in scratches, and you probably shouldn’t get an alligator unless you’re trying to kill James Bond. Spiders could freak clients out, and the same applies to snakes (in fact, anything in the reptile or arachnid families is probably a no-go).

An office dog isn’t just the best choice. It’s the only choice. 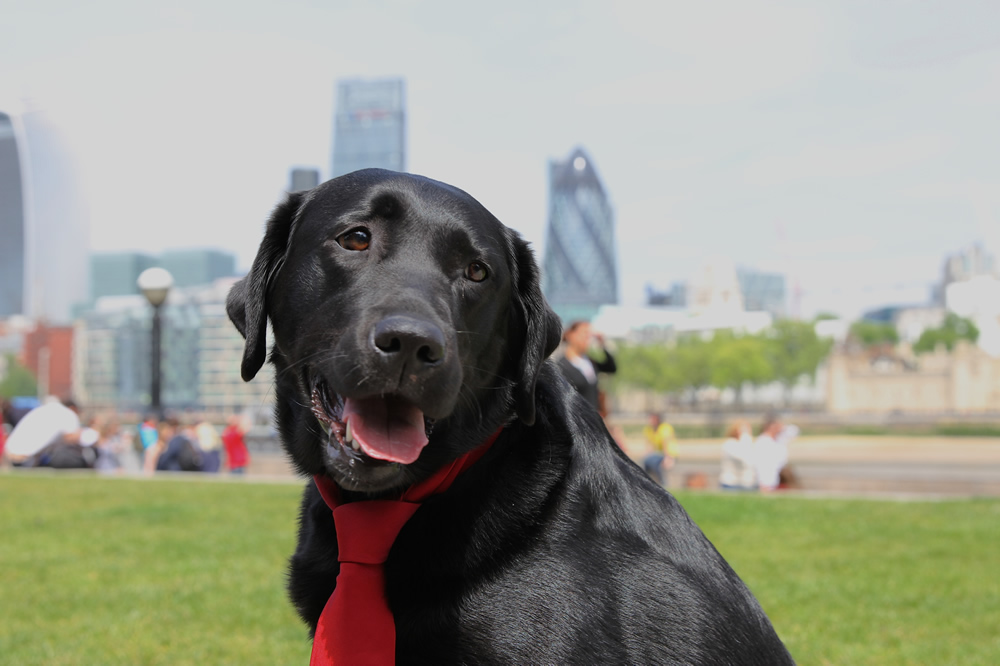 My final reason is the simplest, and also the best. Agencies, moreso than other companies, are subject to sudden change. New clients sign up as old ones end the relationship on a whim; employees come and go; economic conditions alleviate and intensify pressure in a way that most reasonable would find completely inscrutable. 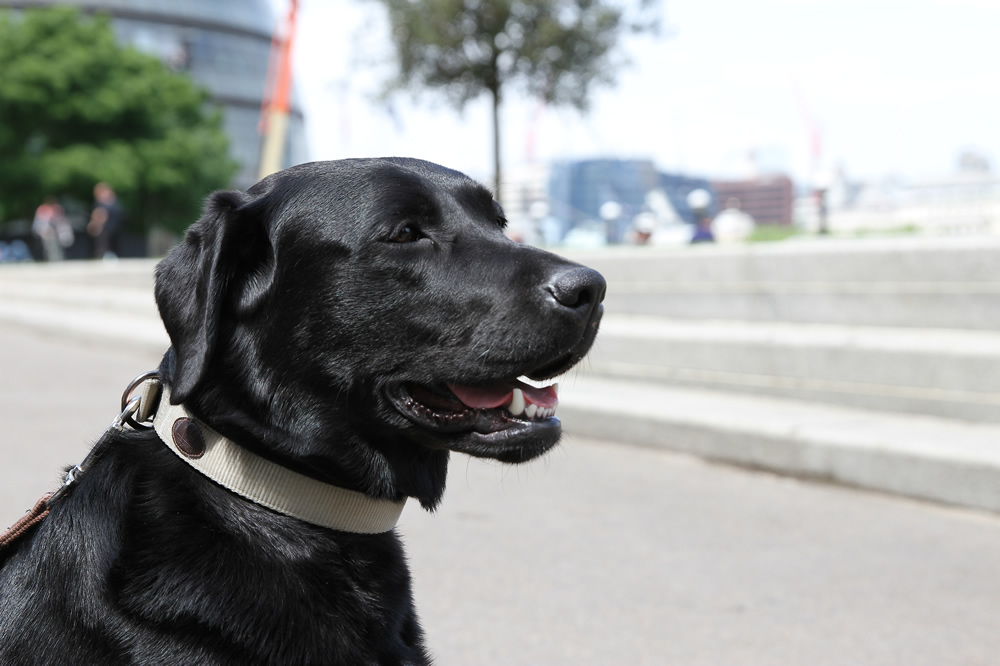 Through strife, upheaval, feast, famine, and all kinds of weather, I can be assured of one thing: Devon will be there for the team, and she’ll always be happy to see them – that’s why we have plastered her all over our website. This is immensely valuable for morale, and it almost makes the vomit bearable.