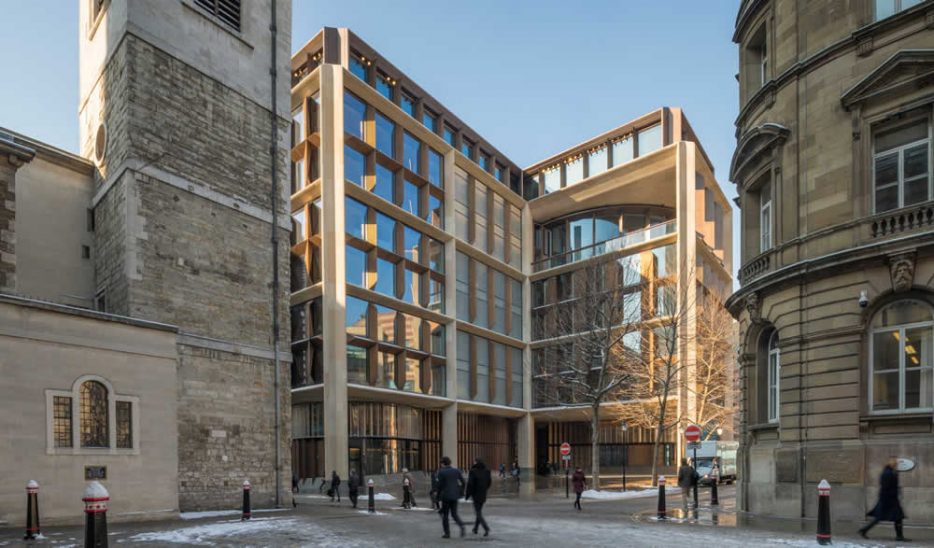 Thought to be the largest stone building in the City of London since St Paul’s Cathedral (c. 1675), Foster + Partners set about radically re-thinking the standard ‘office-in-the-city’ format developing ground-breaking systems to make it the most sustainable in the world.

At 1.1 million square feet, Bloomberg occupies a whole block in the City and currently provides a workplace for 4,000 staff. Bloomberg comprises two buildings, connected by a bridge, which sit either side of newly created public arcade. The arcade reinstates an ancient Roman road called Watling Street, which originally ran through the site.

Even though Foster + Partners originally obtained permission to design a building over double the height, Bloomberg sits at a much more appropriate scale – at a modest ten stories – and seeks to create a dialogue with the City that surrounds it.

This complex scheme also incorporates new access to Bank Underground station, cafes and restaurants, and a museum displaying the Roman Temple of Mithras, which was discovered on the site sixty years ago.