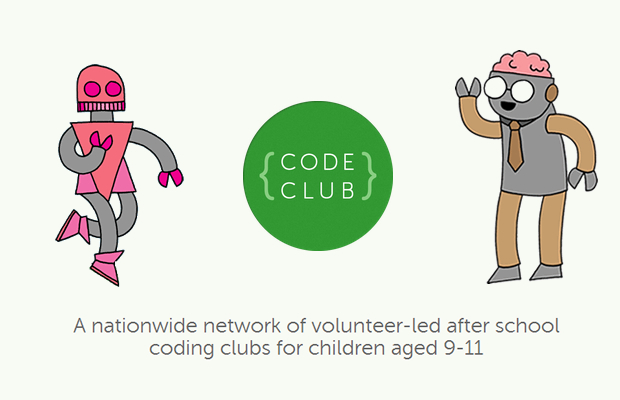 With concerns over future skills shortages in the digital sector UX Designers Clare Sutcliffe and Linda Sandvik have launched Code Club, a simple after school initiative designed to get kids interested in code…

In the article ‘Why all our kids should be taught code’ John Naughton at The Guardian recognises that “Instead of educating children about the most revolutionary technology of their young lifetimes, we have focused on training them to use obsolescent software products.” The aim of Code Club is to directly combat these issues and save the future of digital.

With the mission to inspire kids to learn code, Clare and Linda launched Code Club in April of this year as a cool and fun after school coding club for children aged between 10-11. The clubs will sit alongside a broader national push to reform current computer lessons. These are based around children learning to use software found in offices and businesses, Clare Sutcliffe who, with Linda Sandvik, dreamed up the Code Club project said:

“We’re teaching our kids to be secretaries rather than programmers”

With a typical code club lesson consisting of practical hands-on tasks that include making games, Clare Sutcliffe is determined to change this approach. Clare went on to say that club sessions would be based around Massachusetts Institute of Technology’s Scratch tool which lets children try their hand at programming by dragging and dropping code elements instead of typing them. Scratch is already used in many schools as an aid to computer lessons for children aged 12 and above.

Although in its early stages Code Club has developed an A-list of collaborators including: Neil Smith a lecturer at The Open University in the computing department, Adam Onishi a front end developer at One in Oxford, Alex Rosen an ex computer science student, developer and co-founder of Breed and Craft and Josh Emerson a front end developer at Clearleft in Brighton. Consulting remotely will also be Aral Balkan, Seb Lee-Delisle and Dr Sue Black as they reach critical stages in the development of the curriculum.

Linda is currently at Last.fm, has a residency at Spike Island in Bristol as part of the Happenstance initiative and plans to ride semi-wild horses across Mongolia in August for the Mongol Derby. Clare is a user experience designer at Albion London, a keen typographer and has never been to Mongolia.