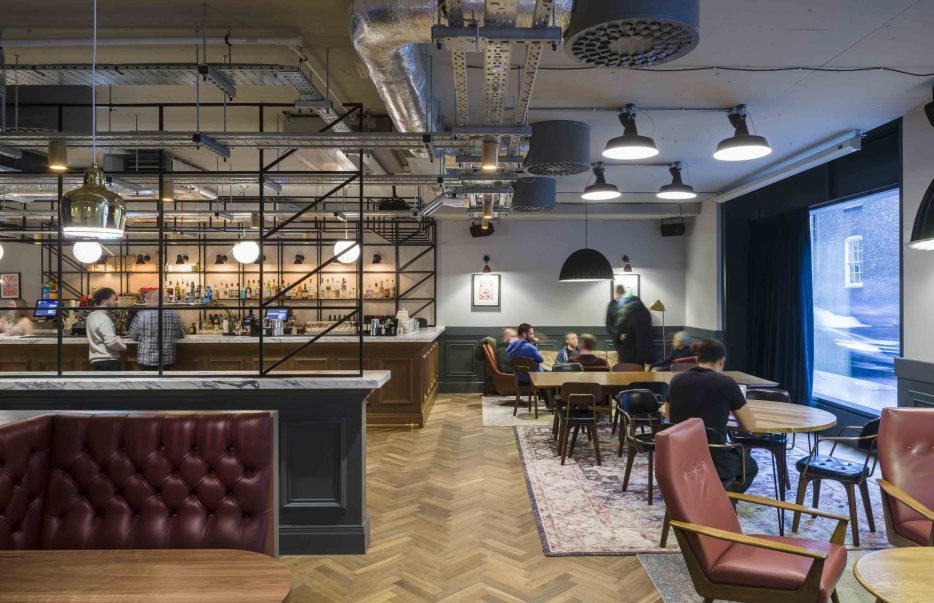 Situated in the heart of London’s legal district on a large corner site, 40 Chancery Lane will be the new London home for Saatchi & Saatchi, which is part of the Publicis Groupe, meaning the agency will be leaving its offices at 80 Charlotte Street in Fitzrovia after more than 40 years.

Working closely with Saatchi & Saatchi, Jump Studios has taken the 100,000 sq. ft, seven storey blank canvas provided by this Bennetts Associates’ designed, Derwent London development, and created a bespoke and welcoming workspace that evokes the spirit of Saatchi & Saatchi as soon you enter the building. In doing so, they have also found space to re-open the agency’s in-house Charlotte Street pub, The Pregnant Man; named after Saatchi & Saatchi’s much celebrated 1970 campaign for the Family Planning Association. 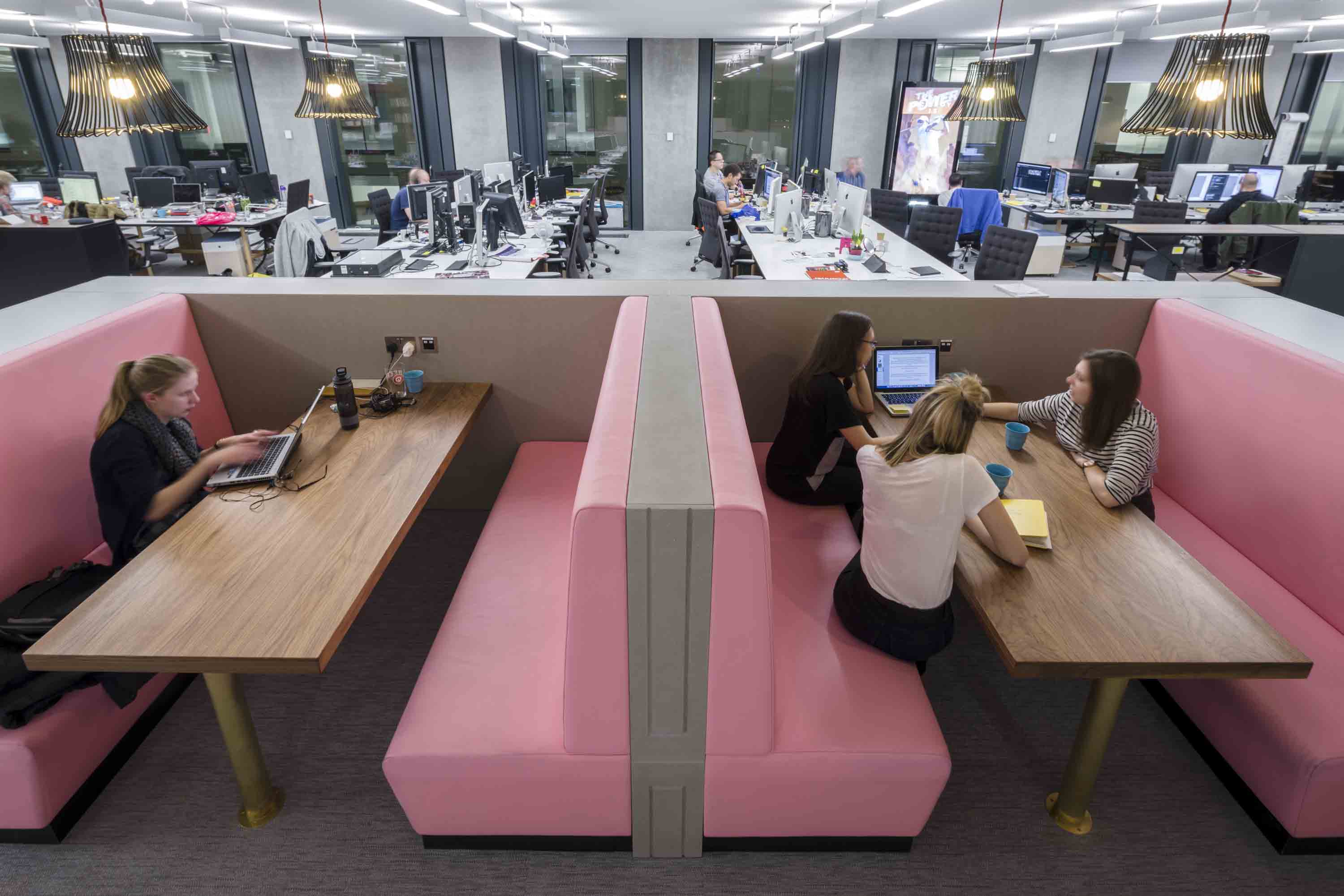 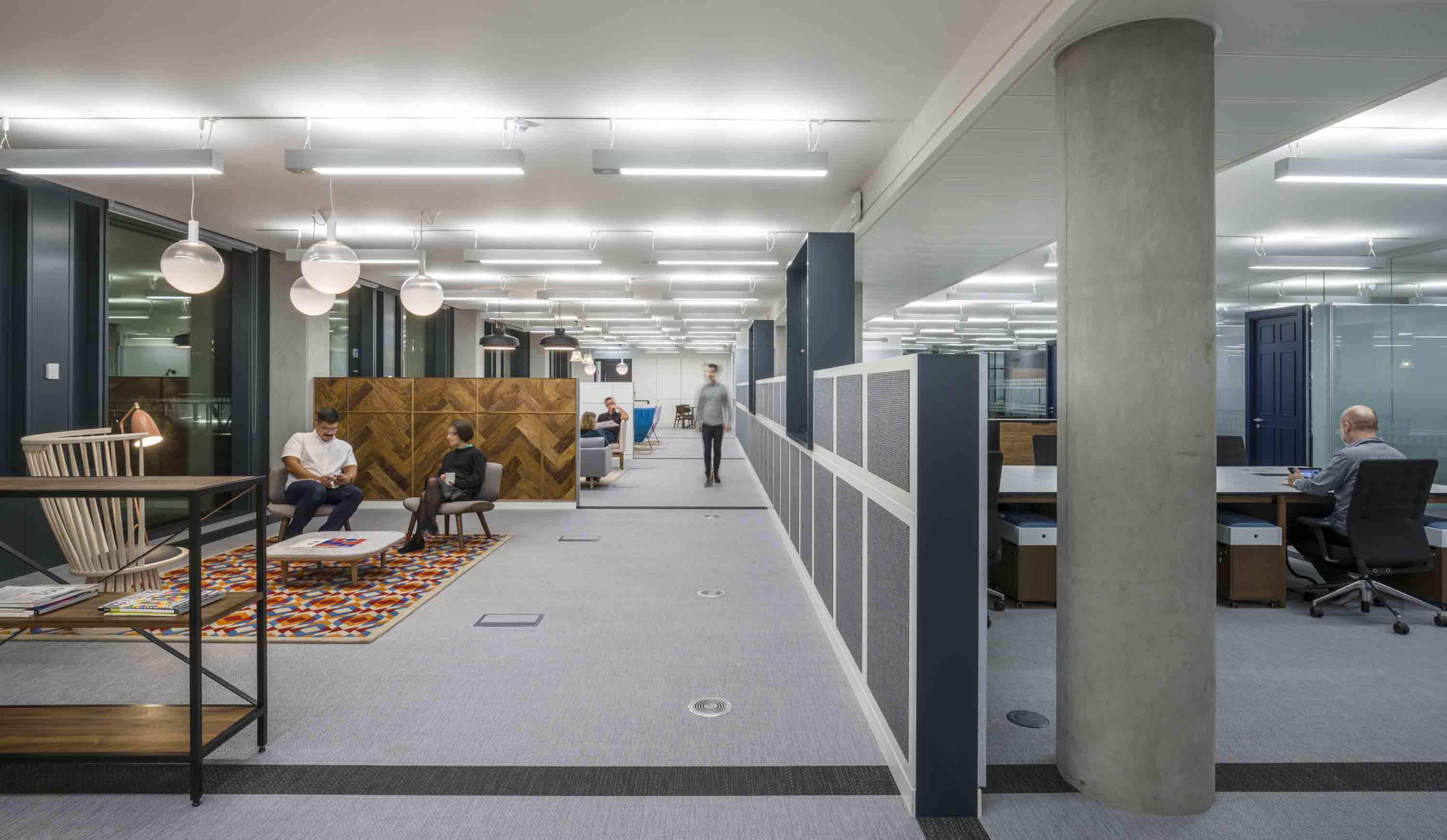 Inside, a traditional ground floor reception area has been dispensed with in favour of an open plan social hub that enables visitors to mix with employees as soon as they arrive and gain immediate insight to the philosophy of Saatchi & Saatchi and its creative approach. 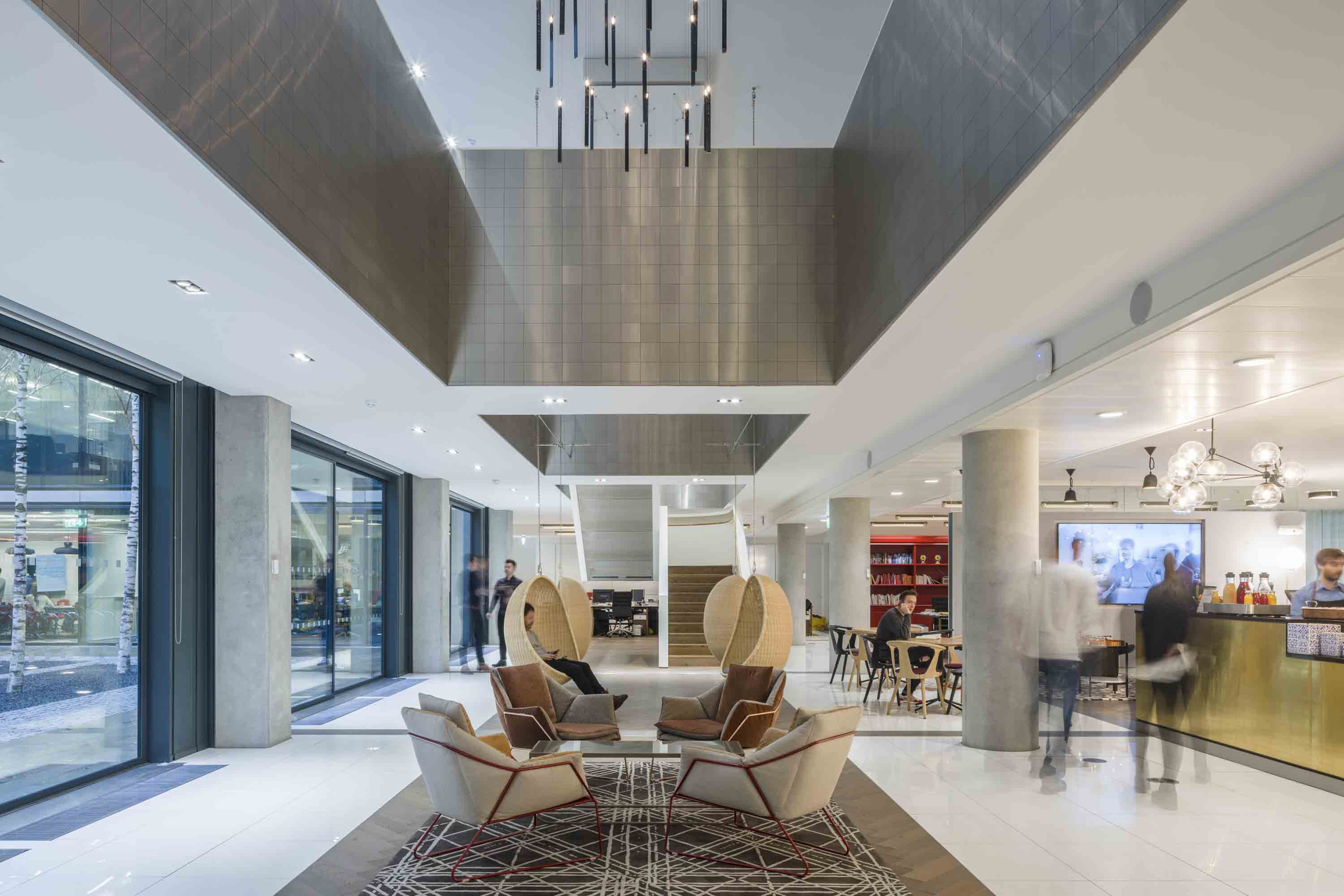 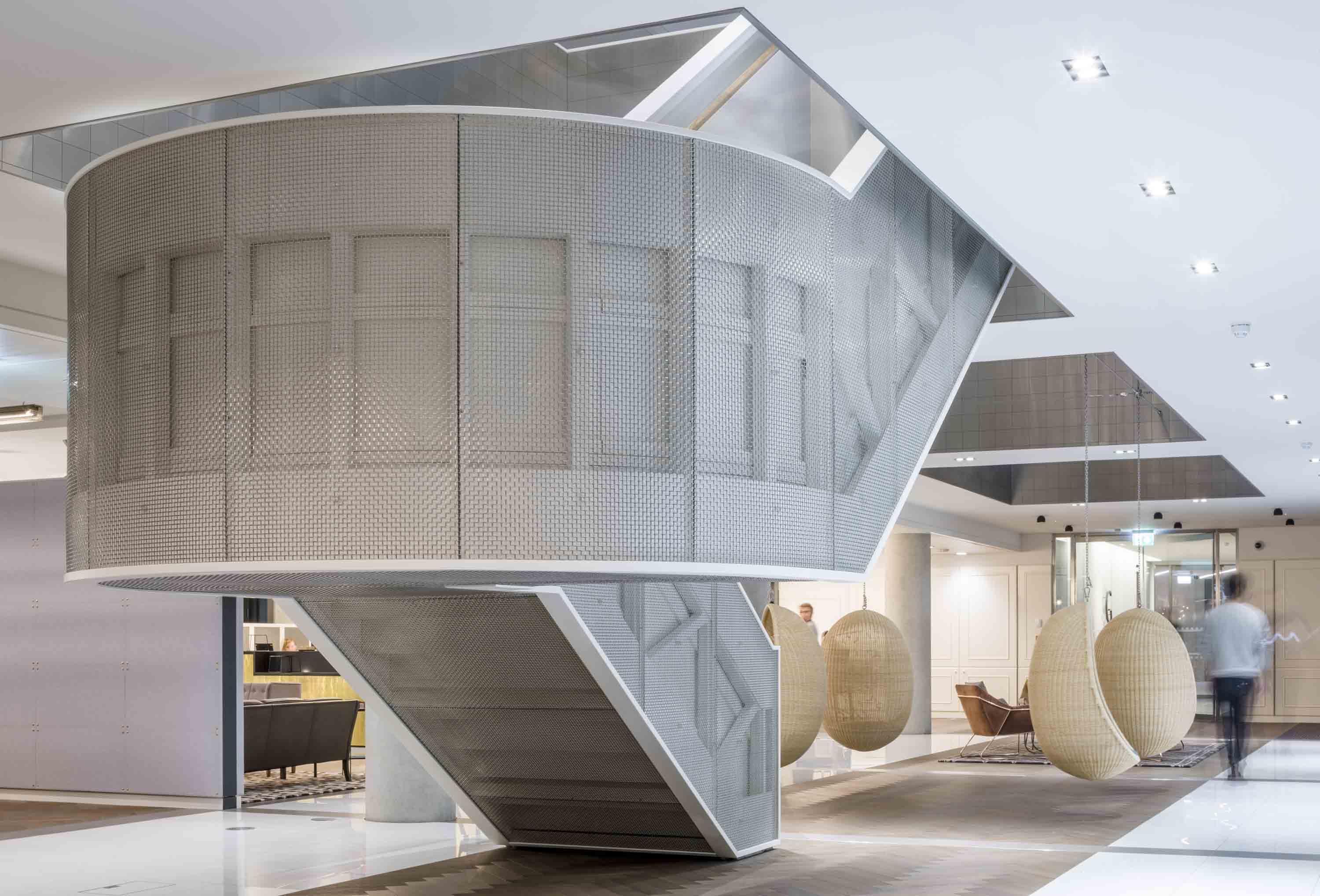 “Saatchi & Saatchi wanted guests to feel as if they are stepping directly into the agency, not a holding reception before the real thing,” noted project architect Andre Nave. “They were keen to subvert the traditional office in multiple ways like this, which meant we could create a truly effective space. It’s not every day that a client allows you to use Rachel Whiteread’s Ghost House, Grayson Parry pottery and Paul Smith suits as inspiration for their HQ.” 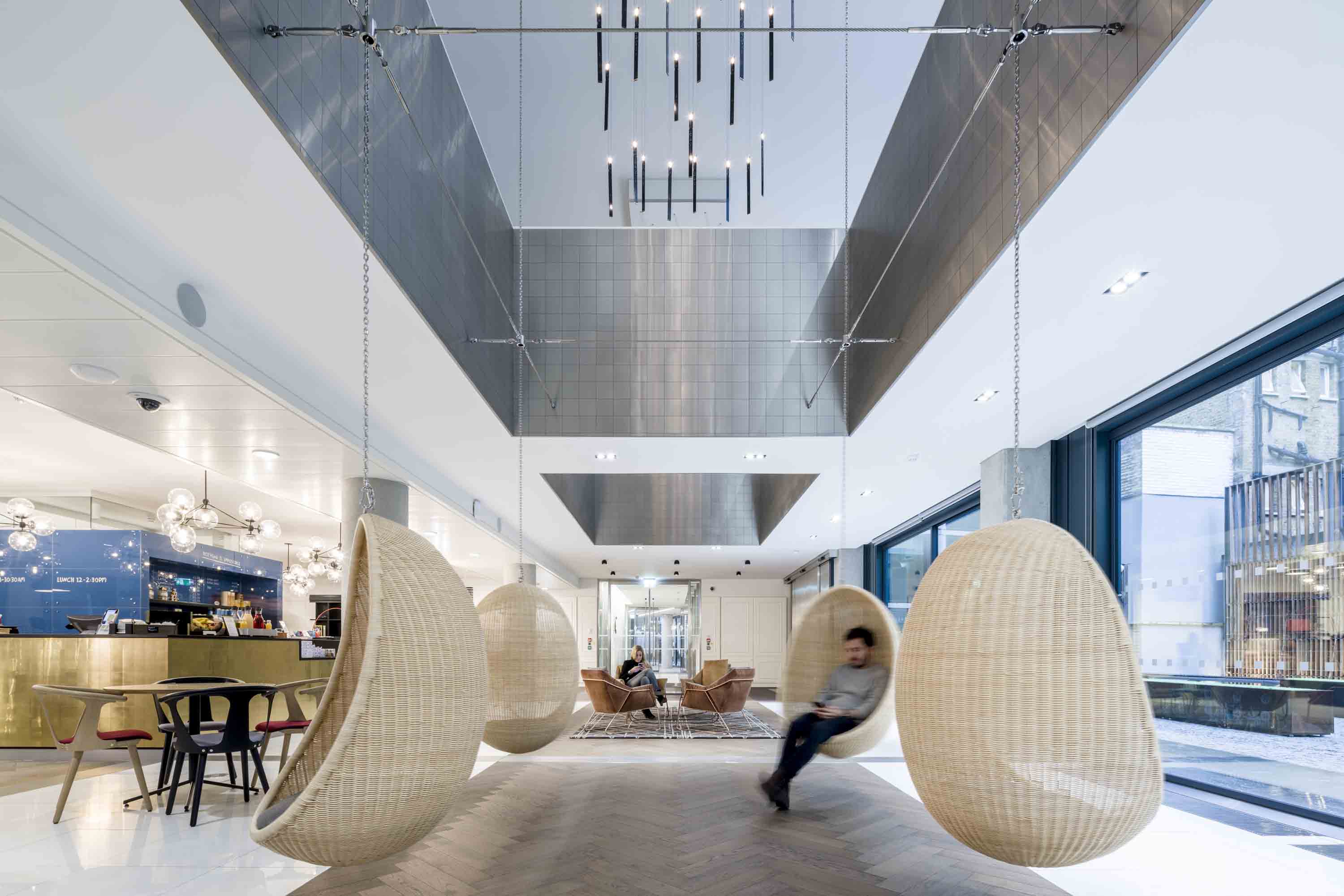 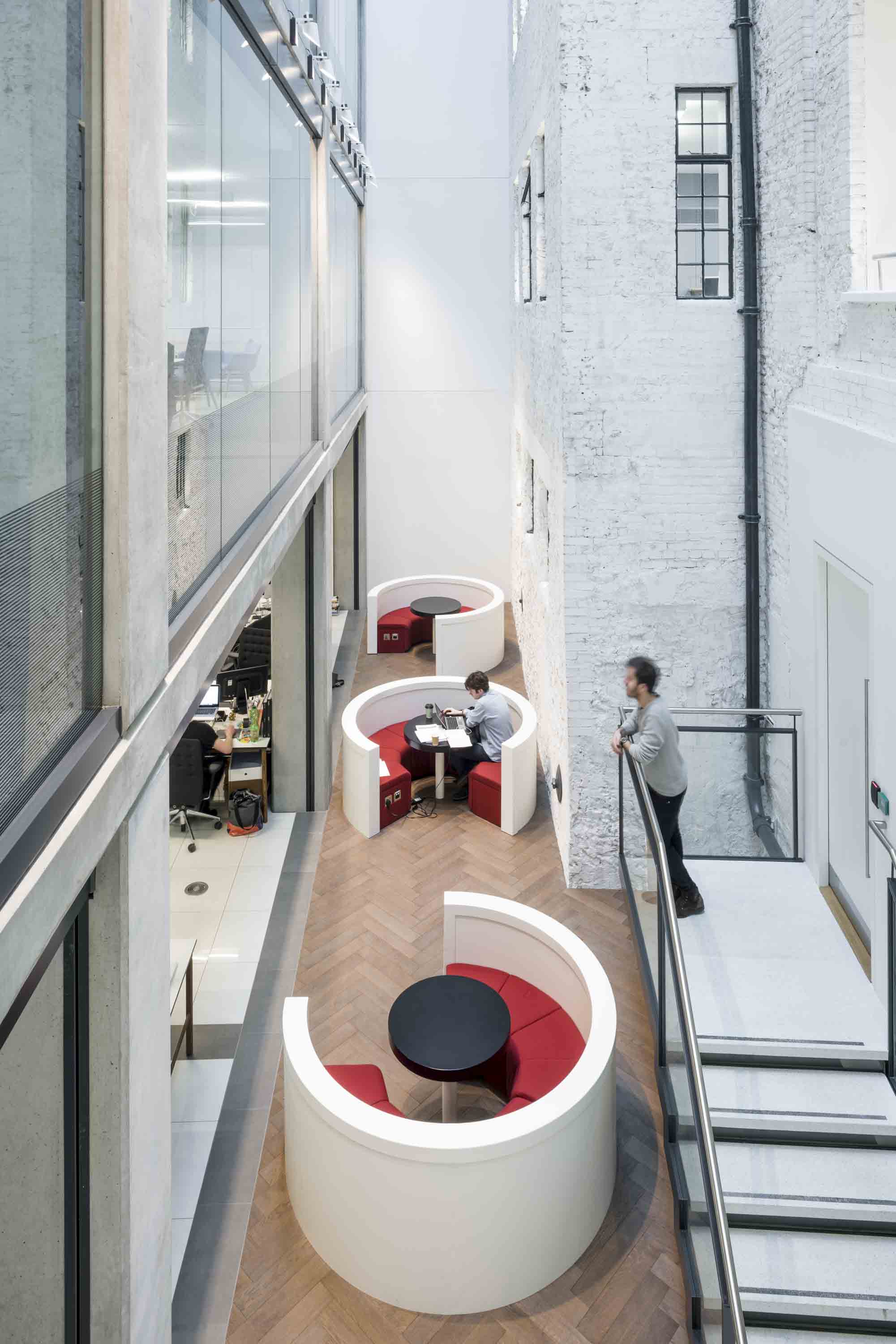 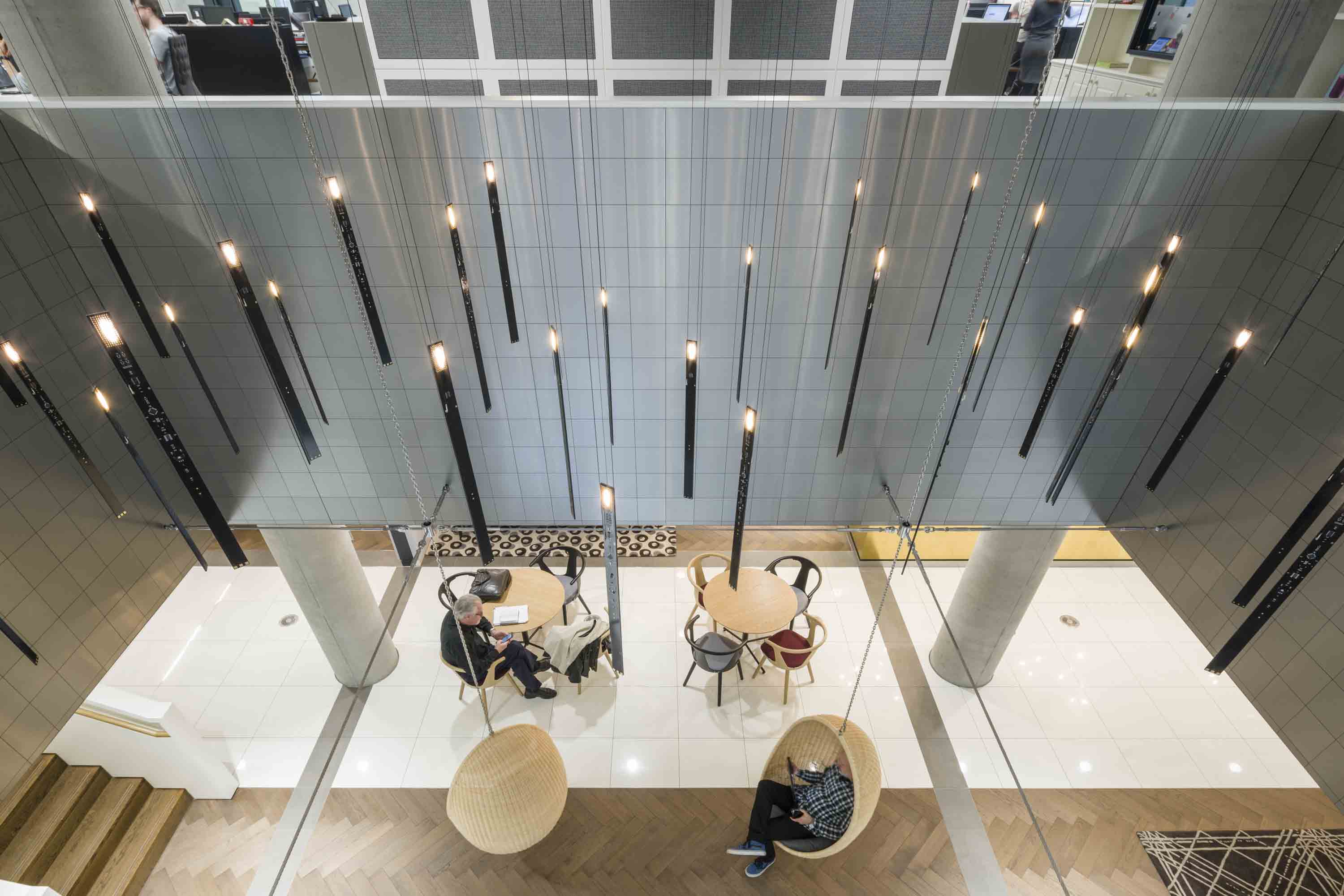 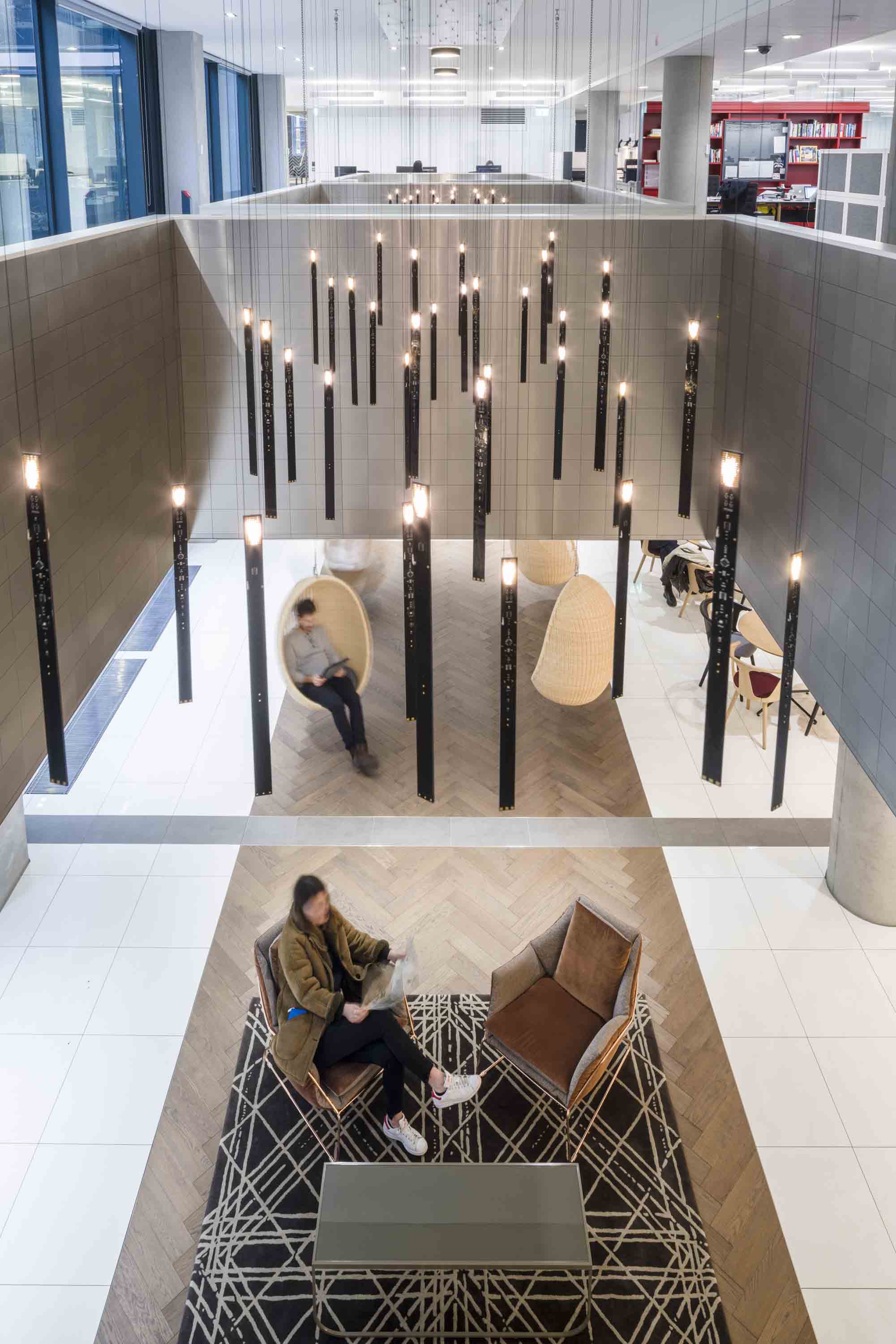 ‘British with a twist’ is the theme that underpins the design approach, which Jump Studios has conceived in order to bring Saatchi & Saatchi’s unique character to life. From bespoke herringbone Bolon flooring in the boardroom which overlooks the courtyard to wainscot panelling upholstered in houndstooth cloth lining the office walls, different materials and patterns have been employed to catch the attention and provoke a reaction, similar to the agency’s work. 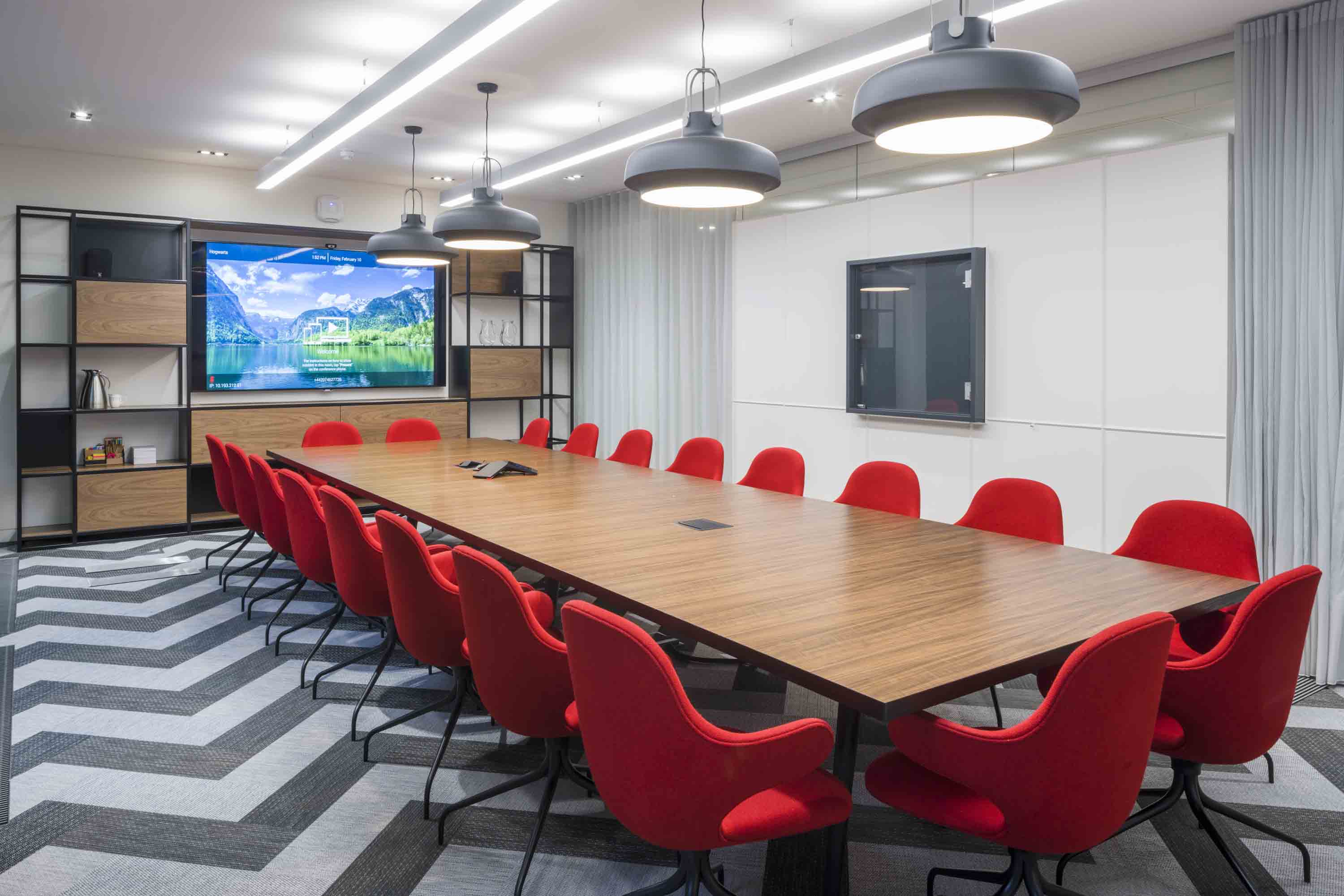 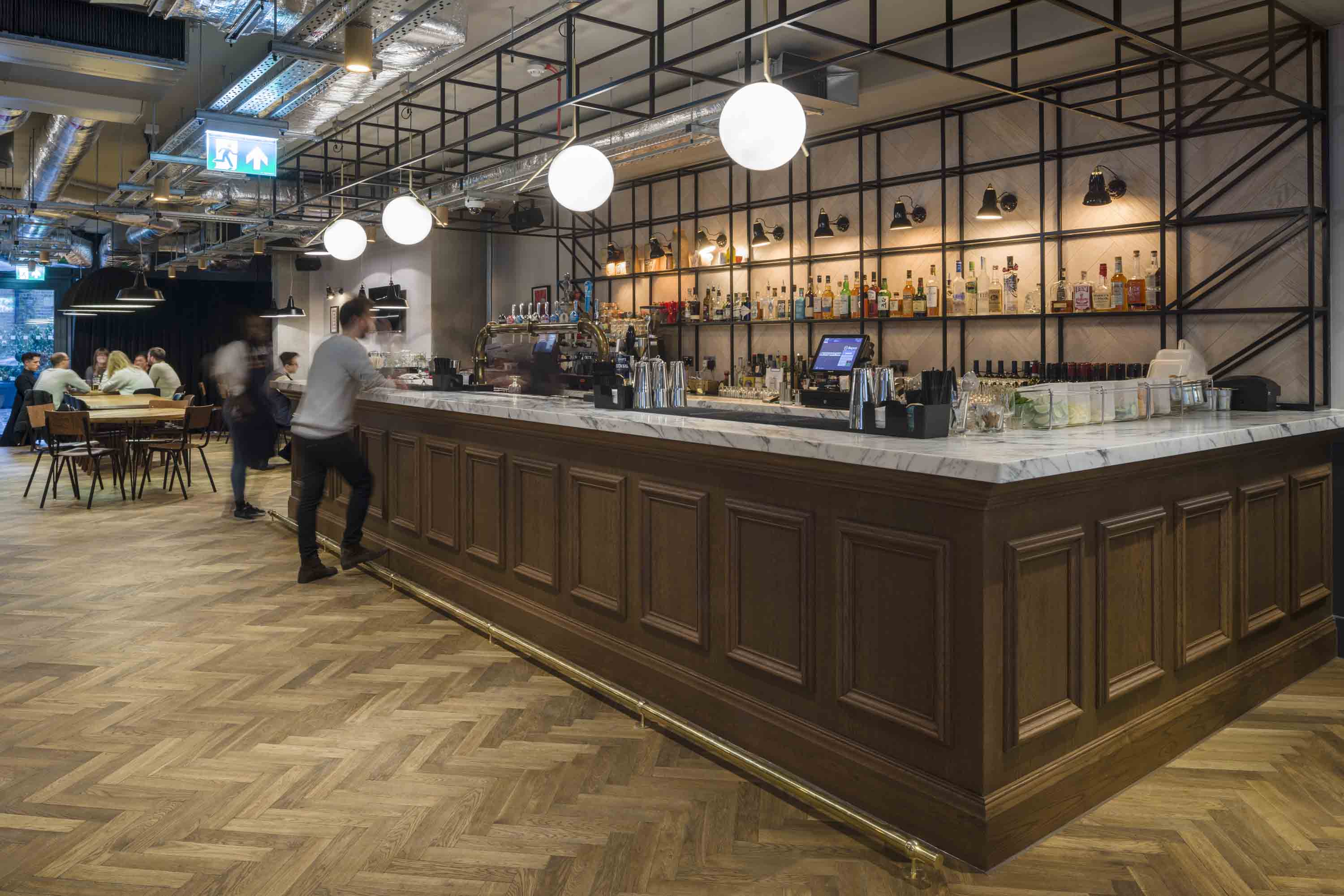 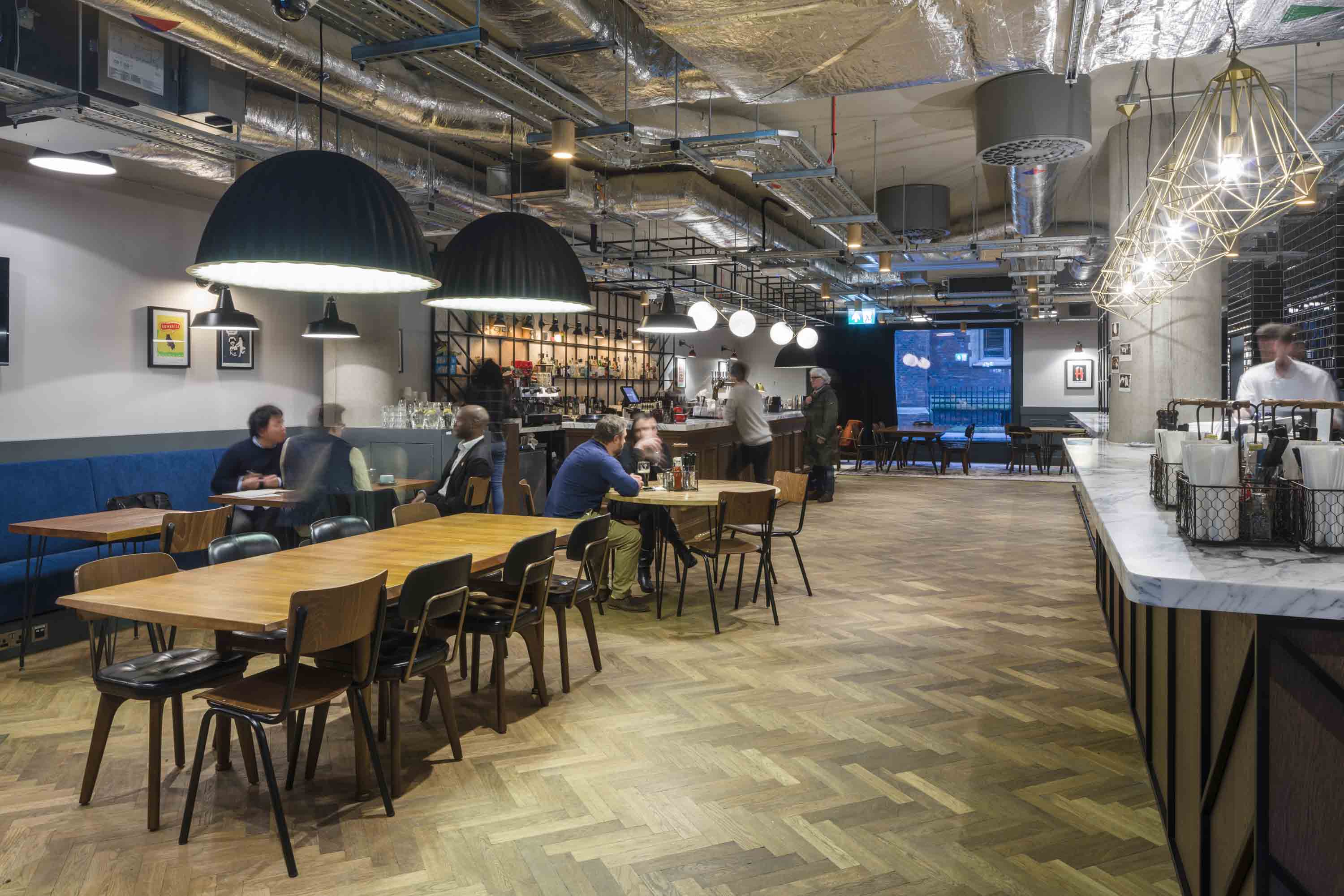 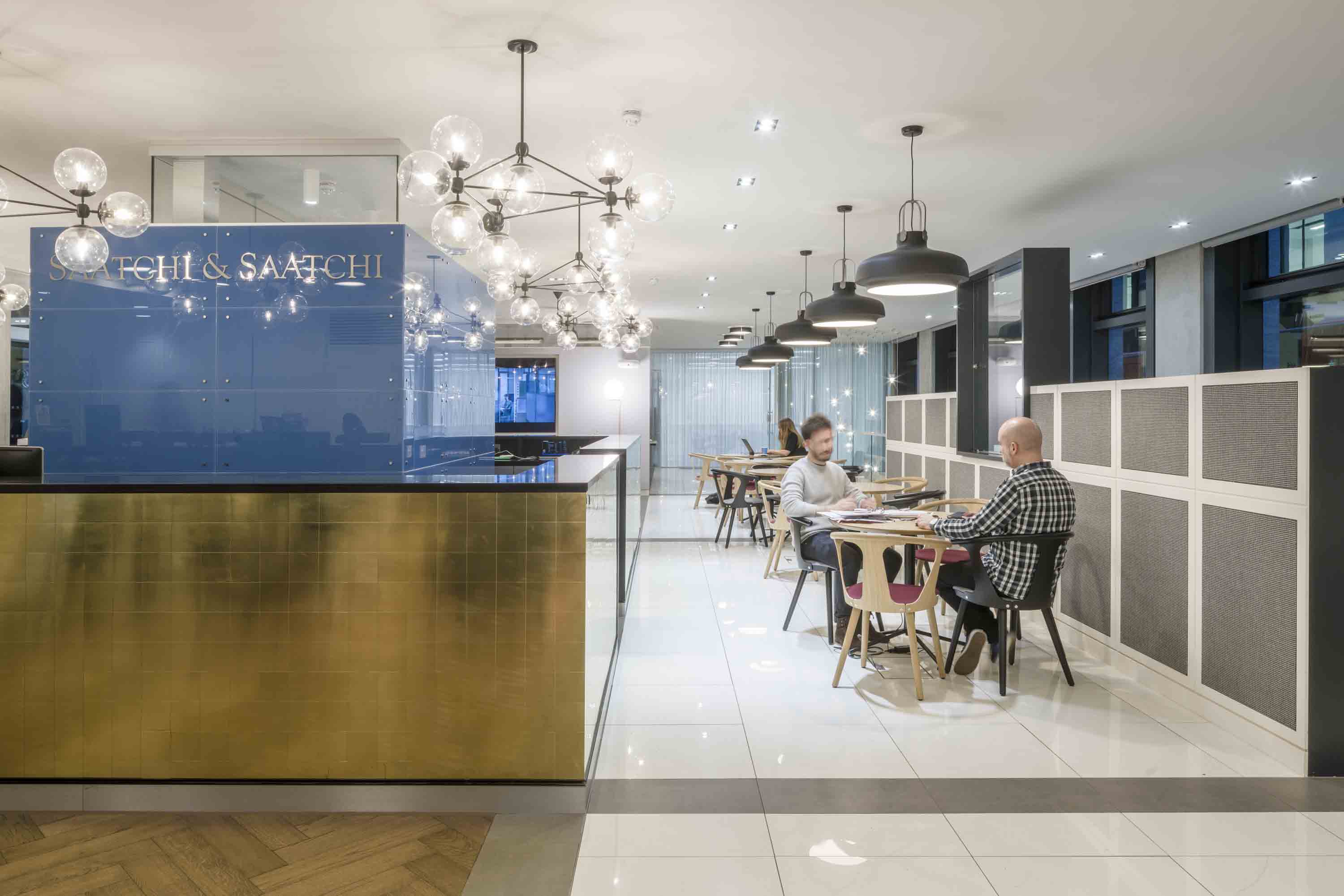 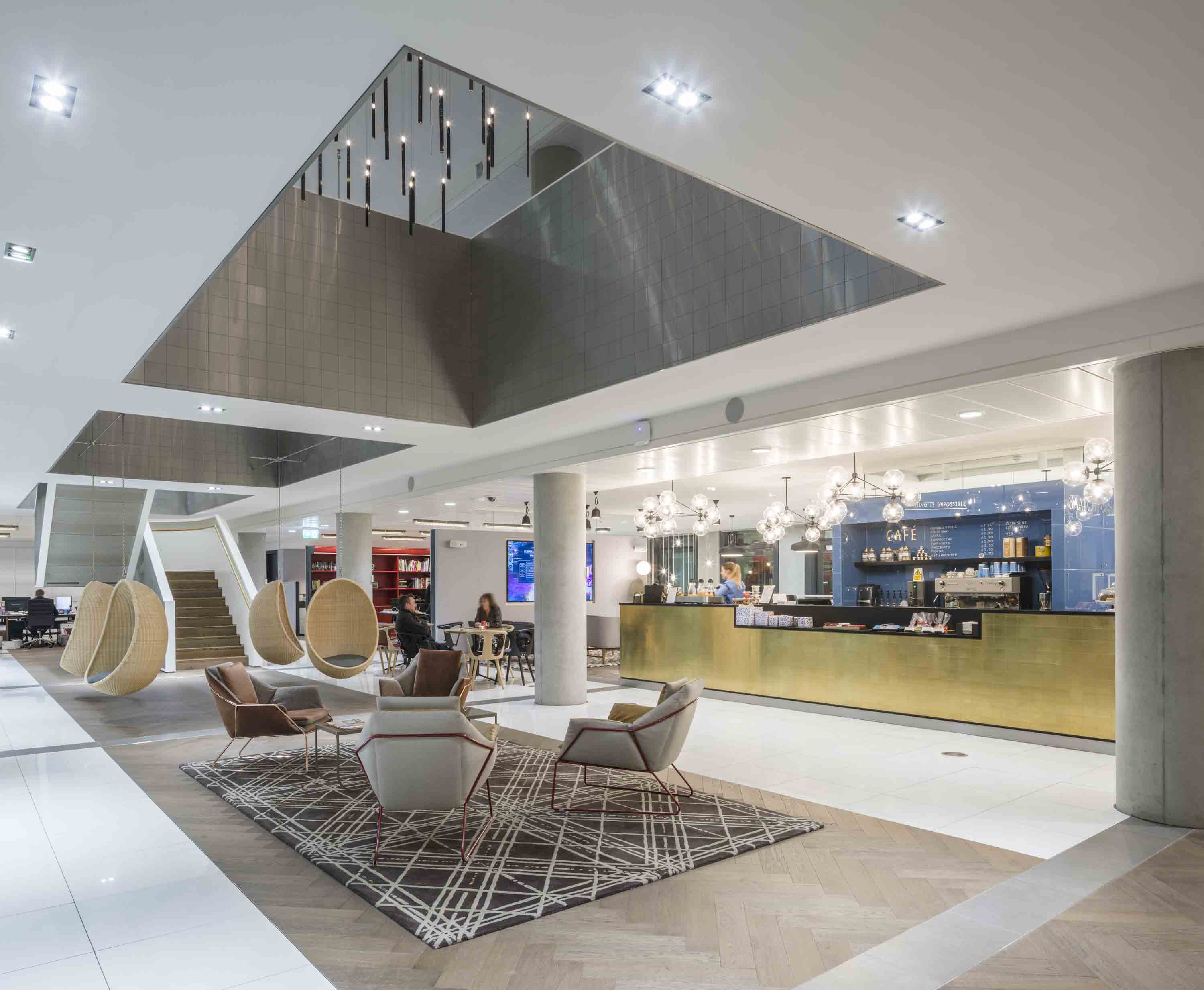 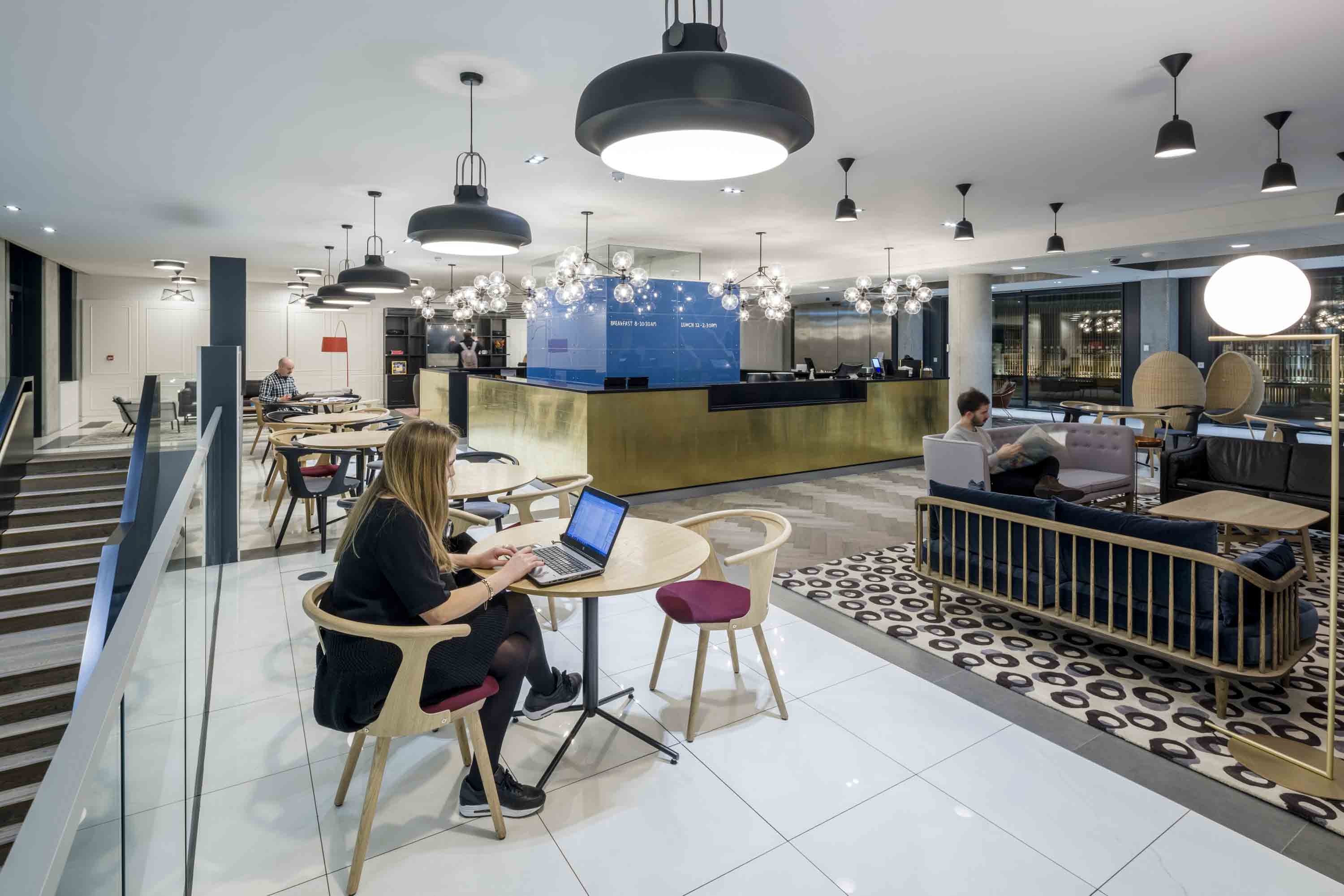