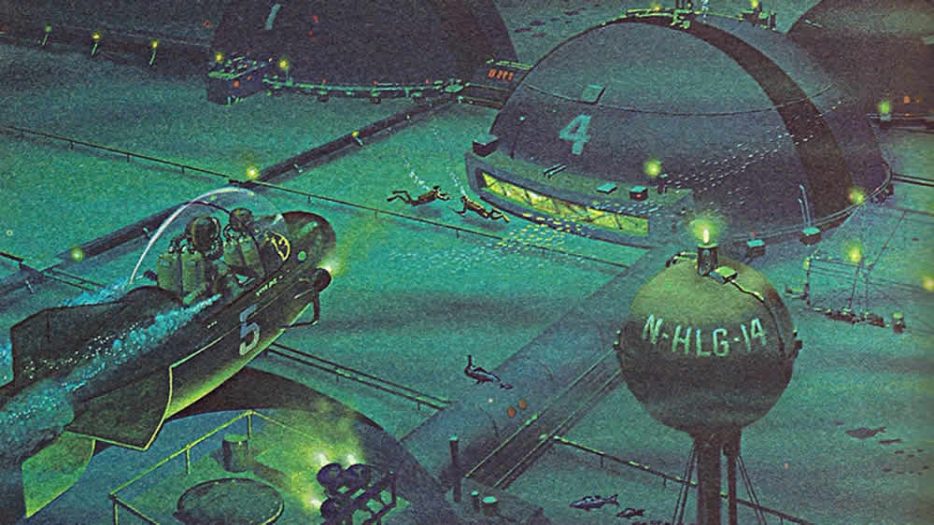 Experts are always trying to figure out where society is heading and trying to determine what kind of new jobs people will be doing in the future. And those kinds of predictions always seem to bring out some of the nuttiest ideas when society doesn’t necessarily follow the path that people were expecting.

A syndicated article published in the September 5, 1988, edition of the Press and Sun-Bulletin newspaper in New York talked with a number of experts about what the jobs of tomorrow would look like. The article first quotes S. Norman Feingold, a clinical psychologist and career counselor who died in 2005.

Almost everything on his list is a real job today, aside from maybe “lunar astronomer.” And there aren’t many “ocean hotel managers” in the way that 1980s futurists would have imagined them. We were supposed to have vast cities under the ocean waves by now. Or, at least, cities on top of the oceans—not unlike the anarcho-capitalist fantasies of seasteaders today.

But the article didn’t just talk to Feingold. The piece also quotes the George Tech engineering professor Alan Porter who gave his opinion on the future of fast food…

Innovations such as “the Autoburger,” a fast-food dispensary something like McDonald’s, but without human workers. This prediction feels incredibly close to what McDonald’s is actually rolling out with their automated restaurants. Caliburger in Pasadena, California, has a robot burger-flipper named “Flippy.” And Creator, a company that sells a burger-making machine, opened a “robot restaurant” this summer.

Other predictions include that of Marvin Cetron, a Technological Forecaster, who says by the year 2000 we’ll be working a 32-hour work week and that “The only job a woman won’t be holding is Catholic priest,” Cetron also adds “Make sure you are computer literate. You won’t make it in the job market if you aren’t. It’s going to be as basic a need as driving a car.”

What do you suppose the jobs of 30 years hence will entail? I suspect that plenty of “experts” will probably talk about Retail Drone Delivery Engineers, Hyperloop Technicians and Planetary Terraforming Specialists on Mars. But none of those things are a given. And while “Martian safari guide” does sound like a cool, futuristic job, there are quite a few things that have to happen before we make that dream job a reality.

The late 1980s and early 1990s was a time of massive upheaval for job seekers. Automation was putting a dent in both white collar work and manufacturing jobs, leading experts to worry that massive retraining would be in order. Sound like a familiar scenario, doesn’t it?

With an AI boom on the horizon automation is more prevalent a conversation than ever before, however we learn to adapt and create new careers to progress and fill the gaps.