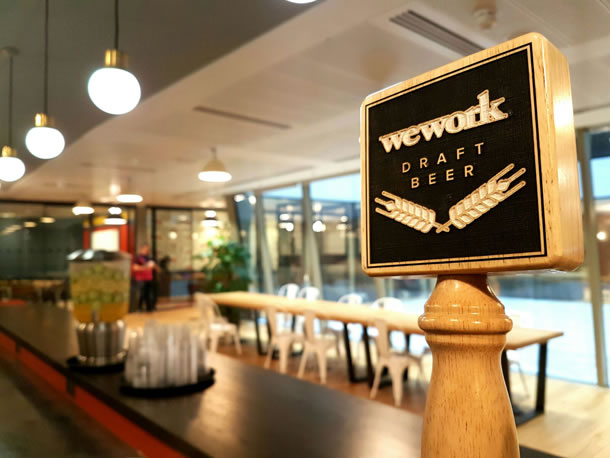 Members of the NYC WeWork community will be disgruntled this week as it was announced they intend to curb beer consumption to just 4 glasses per day!

WeWork bills itself as a community co-working space for start-ups, freelancers, and self-employed people who don’t fit with the traditional office environments.  In certain cities it has cultivated a party-first, work later reputation thanks in part to it’s free beer policy, but it looks like this is about to change – starting in New York.  The move comes at a time when work cultures amongst the larger tech companies has been under the spotlight.

The news arrived via an email sent to WeWork’s New York clients (posted to Twitter) who were informed that they will soon have to use their key cards to activate beer taps, which will only dispense four 12-ounce beers per person, and only during the hours of noon to 8 p.m. on weekdays; the taps will be locked at all other times. Or, put in tech speak: “WeWork is pivoting to an innovative, software-driven mechanism to help manage the provision of alcohol in our spaces.”